I admire the weeknoters amongst you, I really do. But I have neither the discipline or material to support that, so I’m going to try something else.

Month-notes? I’m going to talk about things that happened in the previous month, but also include music I heard, stuff I read etc. as I think if I gave you too deep a look into my work you might drift off.

I will play around with the format a bit as I go I expect, but for now, this is it.

We’ve really started to tackle some of the data architecture work that frequently ends up on the back-burner this month, working out what templating for enterprise data models and data patterns should look like so that it’s a useful tool for digital teams and policy teams alike. A pretty fine line but a good exercise in articulating what makes an entity important to your business – I’m hoping to share this in more detail over the next couple of months. If I am going to write about data models being institutional memory, then I really need to walk the walk as well.

I think we’re very close to really getting to grips with one of our key reference data sets as well. Honestly, this stuff takes so long sometimes but it’s all the better once you actually start. The approach hasn’t exactly ended up the way that I would have expected had you asked me a year ago, but getting stuff done trumps getting stuff done in the perfect way.

I also feel like the team are getting to grips with objectives and key results as something that we do, although I still worry they aren’t ambitious enough - but one person’s ambitious is another person’s terrifyingly impossible so I want to keep the team onside.

Work isn’t half easier when you have a really supportive colleague you can vent to. Mine’s Diane, who over the last year has put up with me pissing and moaning on several occasions, offered good advice, been a sounding board and suitably rolled her eyes at my BS when necessary. Don’t get me wrong, nothing has been so tough at work that I’ve been regretful, and I love working where I do with the people I do, but it’s never a bed of roses and everyone needs to vent. Thanks Diane, you’re ace and I appreciate you – saffron buns on me next time.

Getting older is one thing, I’ll be 40 next year, and I am really okay with that. Being “fresh-faced” and not being able to join in with Movember or the general trend for all this cool facial hair I am used to. Being “fresh-faced” whilst simultaneously beginning to go grey is pretty galling I must say. What am I, Benjamin f*cking Button?

Man oh man am I regretting not have a Trello or something where I noted down all the things I read this month. I solemnly swear I will do better next month.

I did finish my first book of 2020 though - I find books a struggle attention span wise which creates this terrible inertia but once I get going I always enjoy it.

I read Dune which some of you remember I bought when we originally were supposed to move house at the end of August, but like it said, interia. I liked it. If I’m honest it didn’t feel particularly science-fictiony to me but it is over 50 years old so I imagine back in the day it was pretty wild.

I too read that really good post by Matt Edgar and half of me worries that I just follow everyone else, and the other half doesn’t care because it was really good and this is just what consensus looks like.

Steve’s blog post about, er, blogging. Steve’s one of the reasons I’m blogging at all, so you can blame him.

I digested the notes from the 8th cross-government data architecture community and it made me sad to have missed it, but it was on a Friday in London and I could have gone but I suspect by the time I would have got back to The Duchy I might have been living alone.

The YouTube channel I stumbled upon a few months back that plays all sorts of world music continues to play really interesting stuff, like this Bollywood grooves set.

Trilly recommended Floating Features by La Luz which has this amazing surf rock sound. I’ll be honest that when he described it in the pub it didn’t exactly tickle my pickle but I really enjoyed it.

Another recommend from Paul (who assures me he has never twoc’d a train in his life) was Ten Days of Blue by John Beltran which is very much my kind of ambient.

Popped into my local record shop and they were playing something that sounded good, it was Matching Head and Feet by Kevin Coyne. It was good, if you like that blues-rock sound that is.

Listened to Crush by Floating Points again because the day after publishing my listens of 2019 blog, realised I had forgotten it and wanted to let it know I was sorry.

We’ve been trying to eat more vegetarian and vegan meals, and we picked up The Green Roasting Tin because being a busy family it can sometimes be hard to find recipes that meet criteria for both complexity and time. When you have a three year old, you’re having tea no later than half past five or you’ll regret it.

Some highlights have included leek and asparagus orzotto. Honestly I don’t know how we existed before we found Orzo a few years ago. 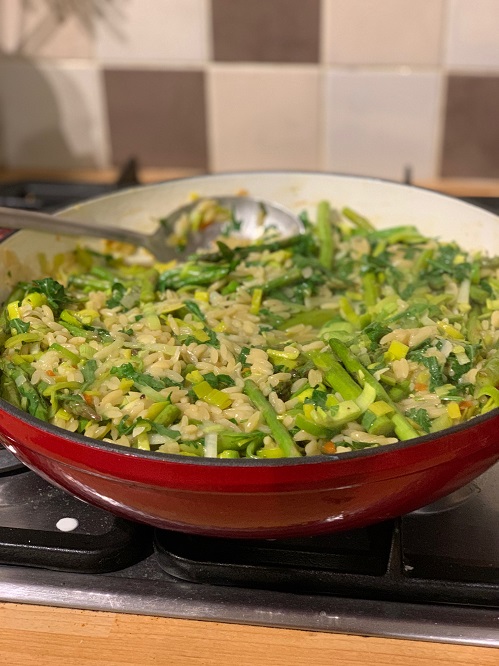 The best though was Carrot Tarte Tatin which is just a delicious crispy, cheesy, carroty beauty and even better for lunch the next day. 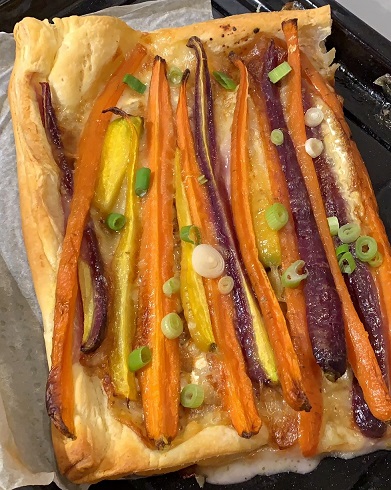 In other news, I am a bit in love with the falafel stall in Strutton Ground market. The pickled chillies they put on them are amazing and I am also very sorry for those of you that had meetings with me after lunch. 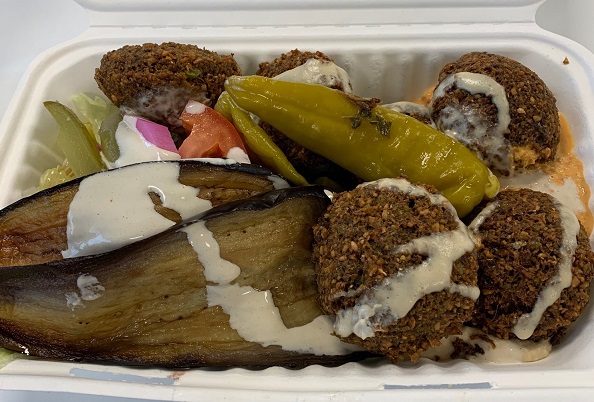 Last time I was in “that there London” I went for a drink with Steve and Trilly who both had such good chat, I am reliably informed that I didn’t look at my phone for over two hours and my wife got very worried.

Trilly casually threw out a Jared Spool quote about “design being the rendering of intent” while we were chatting and I’ve not been able to get it out of my head. I can’t imagine having that many smart things in my brain that I could just throw it out there as casually as he did - I’d have to save it for Sunday lunch to impress my Dad at least. Like I said, couldn’t get it out of my head.

Does data lack design because it lacks intent altogether? Does it exist in this weird sort of space where it’s just a bunch of observations of a process or system?

This is very unrefined and I will just leave it there for now. Honestly, sometimes it takes me weeks to iron out these things into a coherent sentence, let alone a coherent thought. I think I’m basically repeating myself about institutional memory. Oh god I am a one trick pony. 🐴

I went to see a football match! Haven’t managed to get to see the Argyle at all this season, but New Year’s Day for the opening of the new grandstand seemed appropriate. Typically we lost to top of the table Swindon 2-1 and to add insult to injury hadn’t lost in many games prior and after that so now I think I’m just a jinx.

It was mainly nice to spend some time with some friends and my Dad. The grandstand was nice, albeit they have done nothing to improve legroom and I won’t be sitting in it again. Atmosphere was good, over 15 thousand for a League 2 game.

We’ve made it to October in Pandemic: Legacy Season 1 and things are getting nervy. For those that don’t know, Pandemic is a co-operative board game where you have to try and save the world from various, er, pandemics. The legacy version is unique in that you play twelve month story arc and the rules, board and pieces change constantly, sometimes irreversibly, and once the twelve months is finished, the game cannot be repeated (although I think you should end up with sort of working copy of regular Pandemic).

I appreciate that it might be a little close to home right now, but I also think it would make a really interesting team building exercise - anyone done that?

I’ve nearly (finally) finished Subnatica which is an ocean-survival-em-up? It’s a little rough around the edges but I think it’s one of the most well crafted game experiences I’ve ever played. No game has given me a feeling of genuine trepidation like Subnautica has - what lurks waiting for you in the deep?

Been enjoying Magic: The Gathering again. I even went and played some real-life face to face magic for the first time in about a year. Not heard of magic? I will happily wax lyrical about it any time. IMHO, it’s possibly the best piece of game design ever - I am prepared to justify this over a coffee or a pint too.

And that was January.